What do 6k tweets/second have to do with the Power of Networks?
DIGITAL DEVELOPMENT DIGITAL INTELLIGENCE Social Media Strategy

You spend 168 minutes each day on your mobile. Over the past five years it has increased 7 times! Compared to the fact that on average you spend 97 minutes daily with your partner, I think it’s safe to say that mobile plays a big part in our lives. One could ask: “What do people do for that long on their mobile?” Well, the average person has several social media accounts and spends most of their time browsing these networks each day.

That’s why on Thursday evening (February 4), we at ZN tackled the Power of Networks. Part of the Hyperthinker Series, the informal event featured Bert Marievoet, Country Lead at Twitter Belgium (@bertm), and our very own Phil Weiss (@pweiss) who shared their thoughts on digital networks. 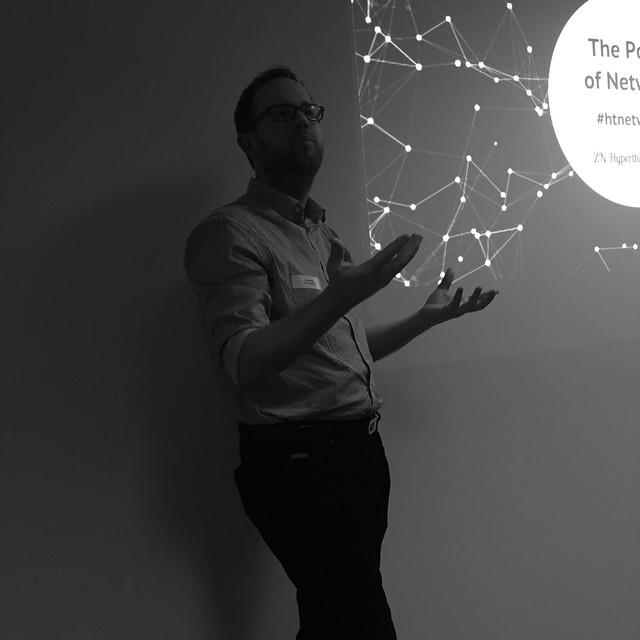 So what were the takeaways of the discussion?

Bert shared key information concerning Twitter and where this social network can take you. The audience was blown away to find out that there are 6,000 tweets/second worldwide and that video is exploding with Periscope, which has become the closest thing to teleportation as its users explore the world through someone else’s eyes. Now with Periscope, we end up with about 70 live years worth of videos being broadcasted every day.

If you and your brand are not on Twitter yet, you might want to assess if this strategy could work for you. Because instead of paying the same amount to appear for a day on the page of a well-known newspaper, you could get your ad to be active on Twitter for 3 months. Just imagine how many people could know and see you…

Then it was on to Phil… Care to take a guess which brand started using the power of digital networks, online videos, and sharing their brand online? TED. The conference on Technology, Entertainment & Design which started in 1984 became massive and has since hosted 14,000 TEDx events in line with the TED brand. As a member of TEDxBrussels, Phil shared 3 takeaways on how to mobilize your network using TED as an example:

The discussions didn’t end when the speakers finished the Q&A, but they continued over Italian wine, making part II of the Hyperthinker Series another great evening of learning how to make digital your competitive advantage.

Be sure not to miss the next event by registering here!