You leave your desk in search for the printer, yet instead of bringing back a small pile of papers you bring a plastic miniature version of yourself. This science-fiction-like scenario is not from a lost episode of Dr. Who, but something you can easily do as 3D printing goes more mainstream by the day.

In fact, 3D printing has been present since the 80s, and unlike aerobics VHS, it didn’t extinguish. On the contrary, it grew, and will probably continue to do so (at a higher pace) in the coming years.

Surprisingly, many people are still a bit lost when it comes to this revolutionary process. If you are one of them, here are some facts to get you up-to-speed. 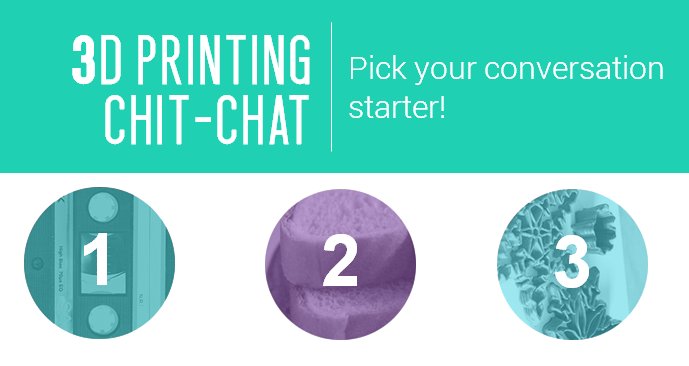 Born as an ally for DIY makers worldwide, 3D printing now infiltrates the world of corporate communication. Some companies are harnessing its capabilities to create cutting-edge campaigns, since it is a flexible technique that engages consumers by often scratching their creative rash. Take a look at some of our favorites:

3D printing is coming to town.

Kids Company is a charity helping over 36, 000 kids in need around the UK. Naturally, they wanted to boost their donations around Christmas, but motivating donors proved a challenge. In fact, Christmas donations had fallen by 20% in 2012. The solution? They allowed donors to participate in a unique way by setting up a Pop-up 3D printing store in SoHo. If somebody texted KIDS MONEY to the charity, they contributed £5 and “powered” the printer. Bonus: they livestreamed how donations got printed.

Have you ever seen someone wearing a t-shirt with Bazzinga (aka Sheldon’s catchphrase on the Big Bang theory) written on it? I know I have, and it is no surprise since movies and TV shows often come with a merchandise apparatus that fans worship. Keeping this in mind, Warner Bros took a step further for the release of The Hobbit: The desolation of Smaug as they enabled Tolkien fans to download 3D blueprints of the Key to Erebor. Anyone could easily take the movie experience off-screen and into their hands, no matter their location.

Lastly, we get to Coca-Cola. In order to promote their “mini” bottles in Israel, people were invited to the Coca-cola factory where a giant 3D scanner was installed. They were scanned in full size to generate a blueprint, which was then used to 3D-print a miniature version of the user. An original (slightly self-centered) souvenir.

The three campaigns differ both in terms of industry and aims, however they have one big thing in common (besides 3D printing): audience participation. Sure, 3D printing is innovative enough to generate curiosity around itself, however, novelty in its own might not be the only ingredient for a successful campaign. Offering memorable experiences, where users have the chance to actively engage is what makes these campaigns powerful.

Now, let’s hear your thoughts! Do you think 3D printing is here to stay? Would you use it for a campaign? Or is your audience not ready yet? Join the conversation!