Getting into the psyche of doctors: roll up your sleeves Did you know that 87% of physicians use a smartphone or tablet in their practice? We didn’t either, until we took a closer look at the online habits of healthcare practitioners. Why the sudden curiosity, you might ask? No surprises here – we were helping to develop the 2014 campaign for the World Medical Association on influenza prevention among healthcare practitioners.

The campaign is in its second year running, aimed not only at motivating healthcare practitioners to get their annual flu shot, but also to inspire them to become role models for their patients. After all, one study showed that there was a 35-55% increase in likelihood for patients to positively alter their behavior after receiving health promotion advice from their physicians, as compared to being given the same advice in literature.

We knew that healthcare professionals are busy people, but we weren’t sure what approach would be most effective in getting their attention and ultimately, getting the message to stick. What kind of humor did they like? Are they skeptical about healthcare campaigns that play on their emotions? What kind of tone would work best?

Here are some of our key findings: Our prescription: a healthy dose of edge and humor

Usually, when we present a new approach or concept to our clients, it’s akin to conducting an allergy test; they might be receptive to the approach, albeit a little queasy at first, or completely allergic to what we propose. On the other hand, WMA was fully on board from the beginning, and wanted to move away from the classic, inspiring campaign approach we had taken last year. They were convinced that they needed something that would stand out to their audience, in order to push the campaign further.

Since our research showed that healthcare practitioners were big fans of online videos, we decided to use that as a hook for the new microsite: preventingtheflu.org. We went with a video which had a clean and edgy look and feel, while playing on the notion of getting healthcare practitioners to “roll up their sleeves” to get the flu vaccine. This allowed us to produce something different yet credible and in line with WMA’s image. Take a look at the finished product.

To give the campaign a little extra boost on social media, we created fun and sharable materials for the microsite that we hoped would tickle and motivate healthcare professionals to share within their networks. Here’s one of my favorite pieces created using Thinglink. 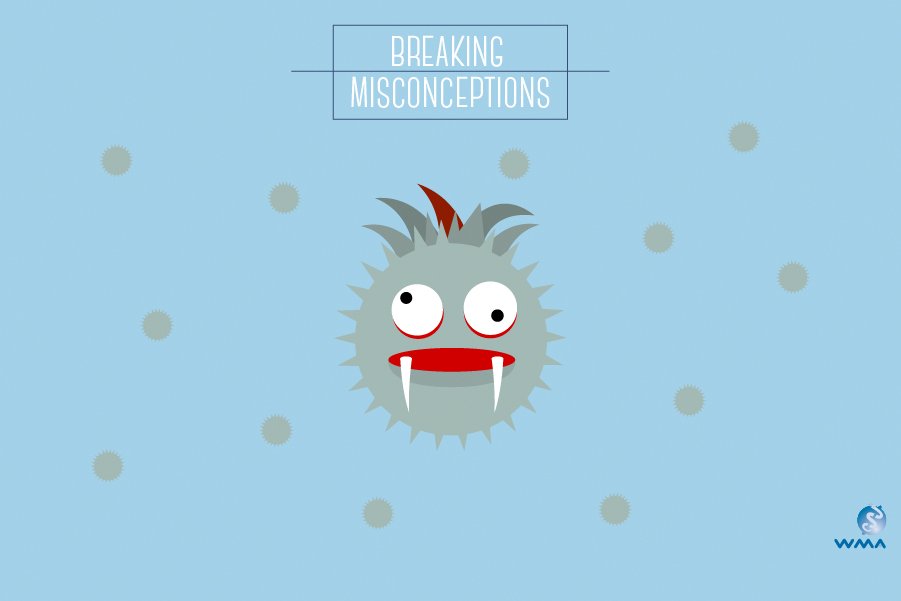 As the campaign was launched only a month ago, we are still monitoring to see how far it spreads. One of the main challenges is in getting this message into the networks that matter, which requires active promotion and advocacy, which WMA is doing with their member associations.

Time will tell if this approach works, but we would love to hear from you and your friends in the field of healthcare. What are your thoughts about the campaign? Would this get your attention? Would you be motivated to get the flu shot?

Interested to find out more how in-depth research and great storytelling can help boost your campaign? Get in touch!