The whole world is watching and everyone is ready to cheer – it’s World Cup fever! 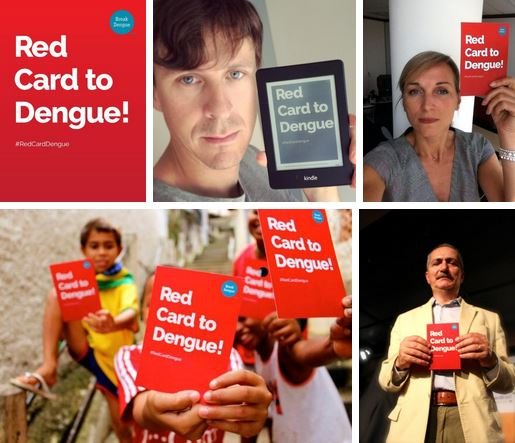 Affecting some 390 million people and found in over 100 countries, it was evident that the neglected tropical disease should become a global priority. So, how‘s Break Dengue going to get die-hard football fans and people across the world to give dengue the attention it deserves? By getting the public involved and making their voices heard through the “Give the Red Card to Dengue” campaign #RedCardDengue.

Hover over the image and take home some tips from our team to use during your next campaign. And don’t forget to be part of the campaign by signing the petition and amplifying the message on social media.